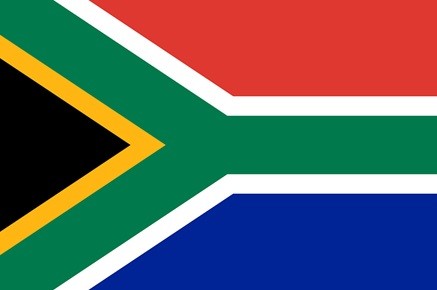 South Africa and their casinos have been in the news a lot so far in 2020, with some Sun International casinos forced to close their doors permanently as a direct result of the ongoing Covid-19 pandemic.

But it is back in the headlines recently, with the passing of new legislative laws surrounding online gambling and the crackdown of unlicensed services. In this article, we will be reviewing the changes as well as showcasing what this could mean for the future of the industry.

When looking at the gambling industry as a whole, there is no bigger contributor than South Africa. However, this has not always been the case. In 1965 under South Africa’s gambling act all forms of gambling we illegal even on sporting events that were already taking place there. In addition to this, there were several elements. However, a lot has changed since then.

With the legalisation of gambling in 1994 and the introduction of a single lottery in 1996 and a national lottery in 2000, these have all greatly influenced gambling within South Africa and have built it into the nation that we know today by generating revenue. But with recent changes to legislation focusing on three of the core main issues the company is facing, 2020 could be the year for further change when it comes to gambling in 2020.

Before the regulations were passed in the last week, they were originally drafted in 2016 and present to the court. Within these documents, the Department Of Trade and Industry stated that they were putting further sanctions in place to ensure that there were no new forms of gambling taking place in South Africa, apart from online casinos and poker sites such as the ones listed on Casinos.co.za that have been licenced to operate there.

This is a huge step in the right direction for the South African government that are striving to build up the gambling industry through licencing of both traditional casinos and those operating online. By restricting the use of unlicensed casinos in South Africa, they are then able to better the overall regulation of income as well as taxations on winnings that are earnt by those using these services.

The Problem Of Unauthorised Online Gambling

The problem of unauthorised gambling in South Africa has been growing for several years now. But with the adoption of the National Gambling Amendment Act 2018, this could all be about to change. As part of these changes, Joanmariae Fubbs has stated that they have changed three main aspects of the bill put forward in 2016. These are the following:

These are all fundamental changes that will strengthen the monitoring of gambling within South Africa, all of which could change the way that Gambling is done. However, there are still several changes that need to be made such as the issues surrounding betting on horse races and other forms of gambling.

When asked about this, Fubbs added that there were several other important issues for them to look at all of which have been considered and passed on to the Sixth Parliament. This could, therefore, mean huge changes to the gambling industry in South Africa and could see even tighter restrictions placed in the future.

What Could This Mean For The Future Of The Industry

Though there is still plenty to be discussed when regarding the future of the gambling industry in South Africa, there are a number of positives to come from it. As these rules continue to change, there is a safer environment created for those that are either in the Casino or using a registered online casino.

In addition to this, these regulations also make gambling more accessible for the masses when it comes to online casinos as it allows for websites to apply for local licences, this, in turn, generates a huge amount of revenue for several economies.