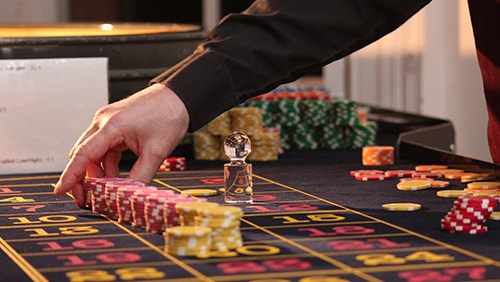 While it hasn’t been officially dubbed a fire sale by anyone, it’s definitely a fire sale. Station Casinos has put all its land in Reno up for sale, including a spot the casino operator had hoped it could turn into a massive gambling resort. The Reno Gazette-Journal explains that the properties were listed this past Saturday, and the fact that Station is most likely looking at taking major losses through any deal, it must be looking to come up with some fast cash.

The two major properties that are now listed on CREXi.com, a commercial real estate exchange include an empty, 89-acre plot in south Reno and one that spans eight acres close to the Reno-Sparks Convention Center and Reno Town Mall. The latter is where Station had hoped to build its next venue before it ran into serious trouble with locals, as well as economic setbacks. 15 years after making the move, nothing ever emerged.

Station envisioned a gambling facility and 900-key hotel for the property when it was first purchased in 2005. It saw massive, 225-foot hotel towers, retail spaces and, of course, a casino. $500 million would go toward the property’s development and, within a year, Station had received approval by the Reno City Council. In 2008, however, the real estate bubble in the US burst, and things went downhill. Nevada was hit hard by the recession, losing both a lucrative real estate development industry and its significant tourism market. Within six years, in 2014, the casino operator was looking to unload some of its Reno land, but wanted to keep the larger 89-acre property in its portfolio. Two years later, that changed and it, too, went up for sale.

Station then backed off and decided to approach the Reno City Council with another proposal, one that would include a smaller venue and no hotel. Once again, resistance emerged and nothing was ever produced, despite the company getting the green light from the council. With all of the properties now available for new ownership, it seems as though Station may have given up on its Reno renovation.

Any deal worked out would almost certainly be done at reduced prices, which calls into question Station’s reasons for making the move now. It announced this past July that four of its casinos in Las Vegas were going to stay closed as the city emerged from the coronavirus threat, adding that they could be shuttered for as much as an entire year. The Fiesta Henderson, Fiesta Rancho, Palms and Texas Station are currently down and aren’t expected to reopen until June 30, 2021.