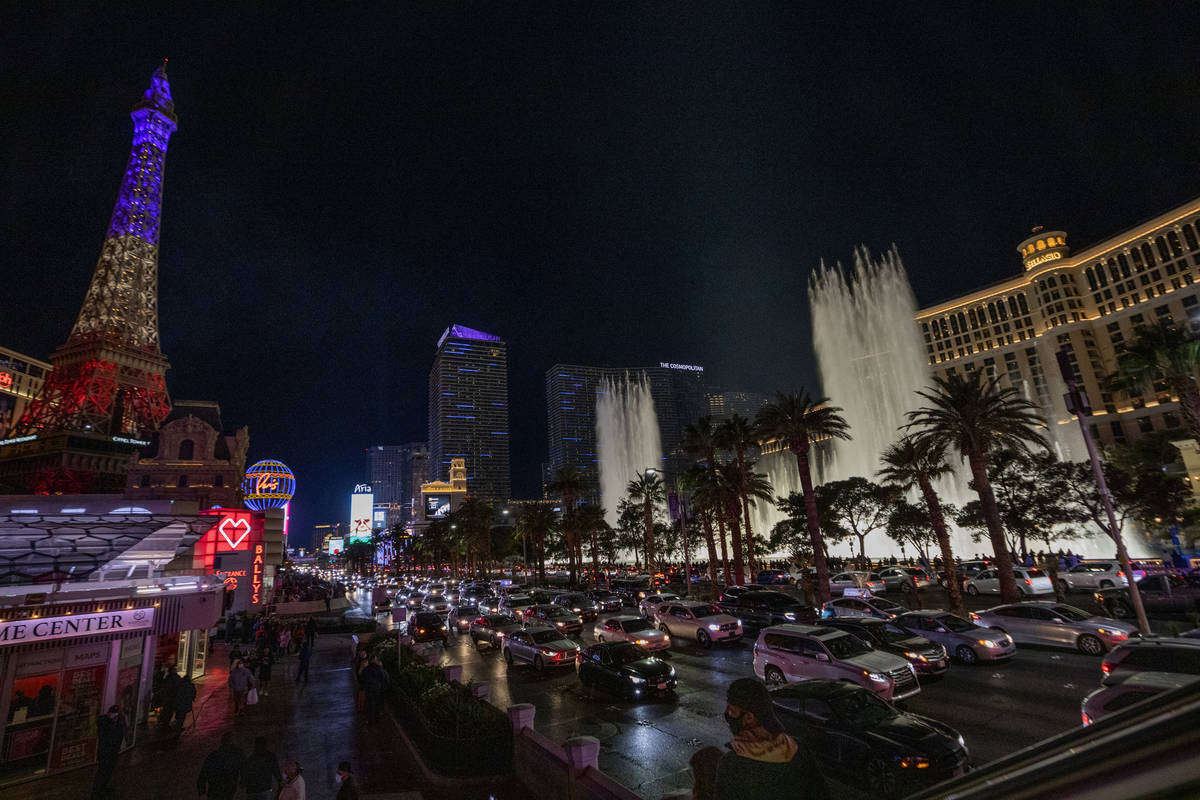 Gaming win on the Strip continues to lag behind other state markets, the Nevada Gaming Control Board reported Tuesday.

The board said Strip win was down 32.5 percent to $349.8 million in November. For the first five months of the fiscal year that began in July, Strip win was 36.1 percent below totals from the same months in 2019, the largest decline among 20 markets monitored by the Control Board.

Michael Lawton, senior research analyst for the Control Board, said since the resumption of gaming operations in June after a 78-day closure of all casinos in March, the state is down 25.8 percent, or $1.6 billion. The Strip, for the same period, is down $1.4 billion, or 40.8 percent, accounting for 87.1 percent of the state’s decline. Excluding the Strip, the state is down 7.4 percent since June.

Strip casino operators have lamented their financial circumstances since the effects of the coronavirus pandemic began in March. As of November, casinos statewide were allowed to operate at 25 percent of their capacities because of health and safety restrictions imposed by the state to slow the spread of the virus. The restrictions impact Strip properties more than locals properties because they are so dependent on fly-in traffic from around the nation and world.

McCarran International Airport on Monday reported passenger counts down by more than half for the month of November.

Carlo Santarelli, a gaming analyst with the New York office of Deutsche Bank, said Strip baccarat revenue was down 45.3 percent in November, non-baccarat table games not including poker fell 32.1 percent for the month while slot machine revenue was down 29.2 percent. Slot handle — the amount wagered — was down 33.4 percent on the Strip, baccarat drop fell 24.6 percent and other table game drop was off 34.9 percent.

One bright spot in the November report was that gaming win was up 1.7 percent to $53 million in downtown Las Vegas. Derek Stevens’ Circa property opened Oct. 28 so November was the first full month of operation there. Analysts had suggested that Circa’s opening could draw more gamblers to all downtown properties.

Downtown sports bettors wagered $47.7 million, up 33.3 percent from last year, and casinos held 7.5 percent on the bets compared with 4.4 percent a year ago.

Lawton said the state’s sportsbooks shattered records in November, thanks mostly to betting on football, which this year hasn’t had to compete with basketball or hockey as usual. In addition, there was an extra Sunday this year in November.

Football win totaled $56 million, a record, and total win in sports was also a record.

Of the 20 gaming markets monitored by the state, 11 had declines in November with South Lake Tahoe up 23.7 percent to $17.1 million and rural Washoe County up 50.8 percent to $7.2 million.

Urban Washoe County win was down 3.2 percent from a year ago to $66.7 million with Reno off 6.2 percent, Sparks down 13 percent, but North Lake Tahoe up 4 percent.

Gaming win is important to state finances because a percentage of the win is collected in gaming taxes.

As of Monday, the state collected $49.9 million in gaming taxes from November win, a 16 percent decline from the previous year.

Because state statutes allow transferring tax credits from the previous year to the current fiscal year, tax collections for the current year are running 9.9 percent ahead of last year at $405.1 million.