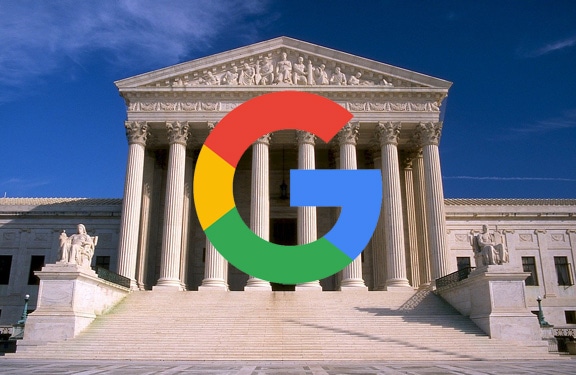 Google’s threat to its competitors is not new. Nor is it likely to slow down barring federal intervention. The same is true of its threats to consumers, and the global market writ large.

Google, a trillion-dollar company, has done everything within its power to eliminate competition, and with it, eliminate any choice, as well as any feelings that one’s personal data is truly protected. A company that prided itself on the slogan “Don’t be evil” for nearly 17 years, has now decided that evil pays the bills. And consumers have been left with a decreasing range of options when it comes to search engines, news outlets, smart speakers, and the like.

Google’s used its search tool and vast amounts of collected data in a quest to monopolize the news. As Google has grown, gone are the days of local newspapers. The corporation’s middleman role in ferrying external traffic to news sites has allowed them to rake in online ad revenue, forcing 2,000 local papers to go out of business over the last 15 years alone. Consumers of the news have been left with fewer and fewer choices, often finding the stories most important to them hidden behind paywalls as papers look to do anything in their power to survive.

They’ve done it with product design and intellectual property time and time again. Starting with the theft of Oracle’s Java Code, which led to the creation of a mobile operating system that has since taken control of nearly half of the U.S. smartphone market, and controls 75% of the global market; and most recently ending with the theft of Sonos product design in an attempt to undercut the smart speaker manufacturer and corner that market.

They’ve done it with an expansive data campaign, through Google Chrome and Google Maps, in an effort to create digital profiles of consumers of their technology. All in an attempt to bring more targeted content – in many cases, more Google content – to the consumer.

And now, they’re attempting to do it in the health and fitness space, through the purchase of FitBit and through their work on coronavirus; and though some of it presents as altruistic, it’s truly just an excuse to gain access to consumer health data. As they attempt to clear the health care space for themselves, the threats to data privacy become more and more severe.

Google has long sought to paint themselves as a company whose product offerings and services are the primary needs of the consumer. But that is simply not the case anymore. Google’s needs are not inherently consumers’ needs. Google has chased after market dominance at a level that has not been seen since Standard Oil near the turn of the 20th century. They want the name Google to be in the lexicon of all consumers, both domestically and abroad. They want their products in the homes of every consumer. They want to eliminate competition, and with it, consumer choice. And they want to do it by stealing their way to the top.

The Supreme Court has the opportunity to take a stand, and flat out reject Google’s theft and market dominance and start taking the steps to level the playing field. State Attorneys General and the U.S. Department of Justice can follow suit, and once again step in to protect the consumer from the imminent threat of a monopoly power.

The U.S. economy is built on the freedom of choice and Google will likely not stop until consumers are left with one choice for their major electronic needs. The fact of the matter is that Google isn’t a necessity for society, yet they’ve acted like they are, behaving with complete and utter impunity. It’s necessary for this behavior to be put to a halt, and any argument to the contrary isn’t in good faith.

Duste Dunn is an activist with the Connecticut Citizen Action Group.


CTViewpoints welcomes rebuttal or opposing views to this and all its commentaries. Read our guidelines and submit your commentary here.