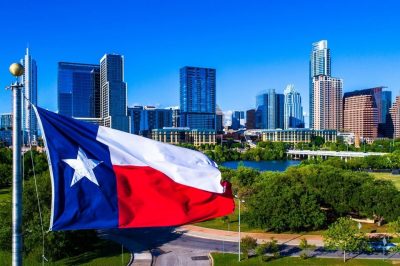 Reports have revealed that a massive sales increase will be necessary to convince Texax legislators to give the green light to casinos in the state.

Proponents of casino gambling expansion have tried several times to get casinos approved but the State Legislature has remained unwilling to approve such a measure since 1991. That was the year when the Texas Lottery got approved by local voters.

Currently, another major campaign is being held in Texas, with the casino magnate Sheldon Adelson having made a contributions campaign during the 2020 general election. Mr. Adelson also has been assembling a team of lobbyists focused on convincing local lawmakers to include the casino gambling legalization issue on the ballot.

Apart from that, the results of a survey carried out by Baselice & Associates for Las Vegas Sands were revealed at the beginning of November, only to persuade Texas lawmakers of the positive consequences which casino gambling will have. According to the poll’s results, 60% of likely voters back the legalization of casino-style gambling in up to five sites in the state. In addition, 59% of the people who took part in the survey, said they would vote in favor of the aforementioned five casinos and also for casinos to be hosted at already operational horse and dog racing tracks, as well as on the three Native American Reservations in Texas.

Most lawmakers (90%) said that Texas Legislature should let local voters decide whether to give the green light to casinos in the state.

The proponents of casino gambling expansion have said that the legalization of casinos would bring a fresh money flow to the state. They also suggested that the tax proceeds generated from casinos could be used for services such as education, health care, public safety and infrastructure projects. Apart from that, they said that the process of establishing casino venues would bring new jobs in construction, as well as in the hospitality, restaurants and entertainment sector.

What the poll found out for sure was that respondents were against the local Government making decisions on how Texas voters spend their money, possibly by keeping casinos outside the state’s borders. Furthermore, the individuals who took part in the survey seem to like the idea that establishing casinos in the state would keep the money of local voters in Texas rather than traveling outside the state to gamble at cross-border casinos.

The 2021 legislative session is expected to be dominated by issues associate with budget matters and coronavirus pandemic responses. However, predicting what might happen is not easy because the House and Senate are on different opinions when it comes to the way want to have the business conducted during the session. Furthermore, they would have to make sure they find the right balance between ensuring public health and safety and at the same time guarantee that there are new revenue sources for the state.