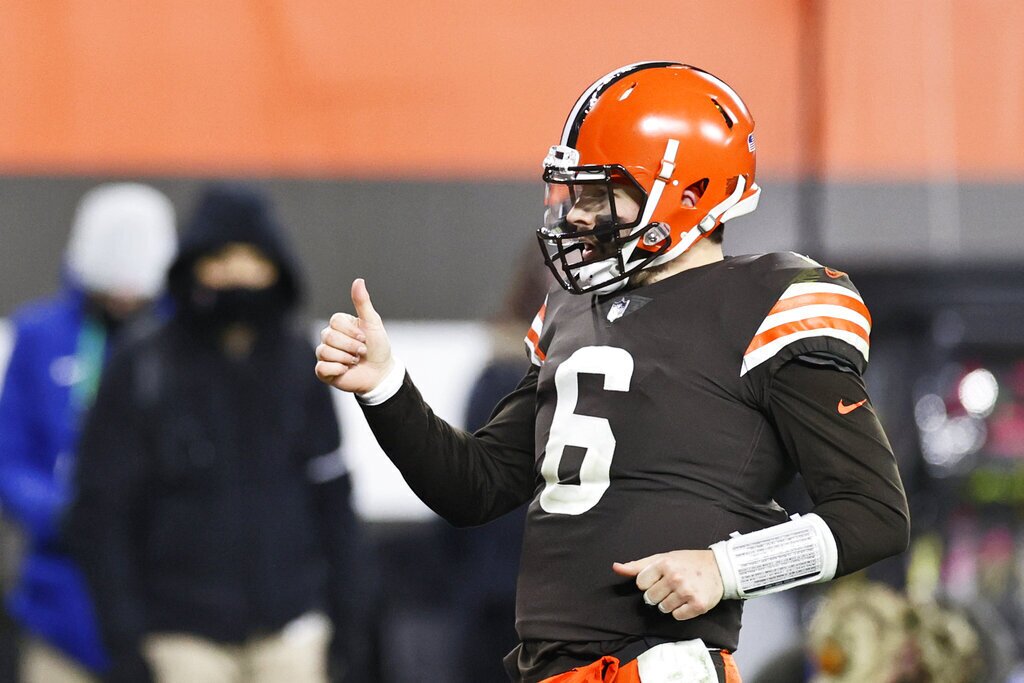 The lights of Monday night football were not too bright for the Browns offense. As for Cleveland’s defense and Cody Parkey, that’s another story. Lamar Jackson’s Willis Reed-esque return from “cramps” helped rally the Ravens on several occasions, while Justin Tucker’s 55-yard field goal put the Ravens ahead for good. A relatively meaningless safety on the last play of the game pushed Baltimore’s margin of victory to 5, when Ravens closed -3. The Browns fall to 9-4 overall and 5-8 against the spread.

Heading into Week 14, the Giants had won four straight and five of their past seven games including a huge upset road win over Seattle. New York proceeded to lay the proverbial “WTF” egg at home against Arizona and may have reinjured their franchise quarterback in the process. Arizona’s 26-7 road win dropped the Giants to 5-8 straight up and 8-5 overall.

Cleveland opened as 1-point road favorites, but jumped to Browns -4 by Tuesday morning. The Giants moneyline opened at +140. The point total opened at 46.5 before a slight tick down to 45 the morning after Cleveland’s 42-point effort against the Ravens. The total has gone OVER in eight of the Browns last 12 games.

The Giants are 5-2 against the spread over their past seven games.

If you told Browns +3 bettors before the Ravens game that …

…odds are they’d feel pretty confident in their ATS wager.

It was Jackson’s 13.8 yards per rush, timely throws (to Mark Andrews), Baltimore’s 6-of-11 third-down conversions and an ill-timed interception by Mayfield that Baltimore returned to Cleveland’s one-yard line and converted into six points that swung the point-spread pendulum the other direction.

You hear it all the time, this is a game good teams lose and great teams win (and in some cases cover).

One thing was evident, the secondary remains a mess and they really need to get cornerback Denzel Ward back from injury to shore up the pass defense the last three weeks of the season.

It’s only fitting in the year 2020, that the Giants can go into Seattle, without their franchise quarterback, start Colt McCoy, and watch Wayne Gallman rush 16 times for 135 yards, while Alfred Morris scores the team’s two touchdowns. All of that happened two weeks ago.

In the blink of an eye, their four-game winning streak momentum came to a screeching halt as Daniel Jones returned from a hamstring injury suffered in the Bengals game. His offensive line welcomed him back by allowing eight sacks total and six of Jones himself. He was seen limping on the sidelines after McCoy relived him in the fourth quarter. The Browns pass rush must be licking their chops.

Also, it’s evident the Browns secondary remains the team’s Achilles’ heel, which the Giants likely won’t be able to exploit Sunday night. They average the third-fewest pass yards per game and have averaged just 141 pass yards per game over their past three. Plus, some have questioned if Jones was 100% entering the Cardinals game and may have been rushed back with New York still in the hunt to win the sloppy NFC East division. Don’t be surprised if McCoy makes another spot start and the point spread slides more in the Browns favor.

Week 14 hangover be-damned. The Browns are 4 points better than the 2020 version of the New York football Giants. The only way the Giants flip the primetime script is if Baker Mayfield turns the ball over three times. In that case, all bets are off.

Check out our expert NFL betting guide if you want to learn more about How to Bet on Week 15 of the NFL or head right to our favorite online sportsbook review page and find the right site for you!