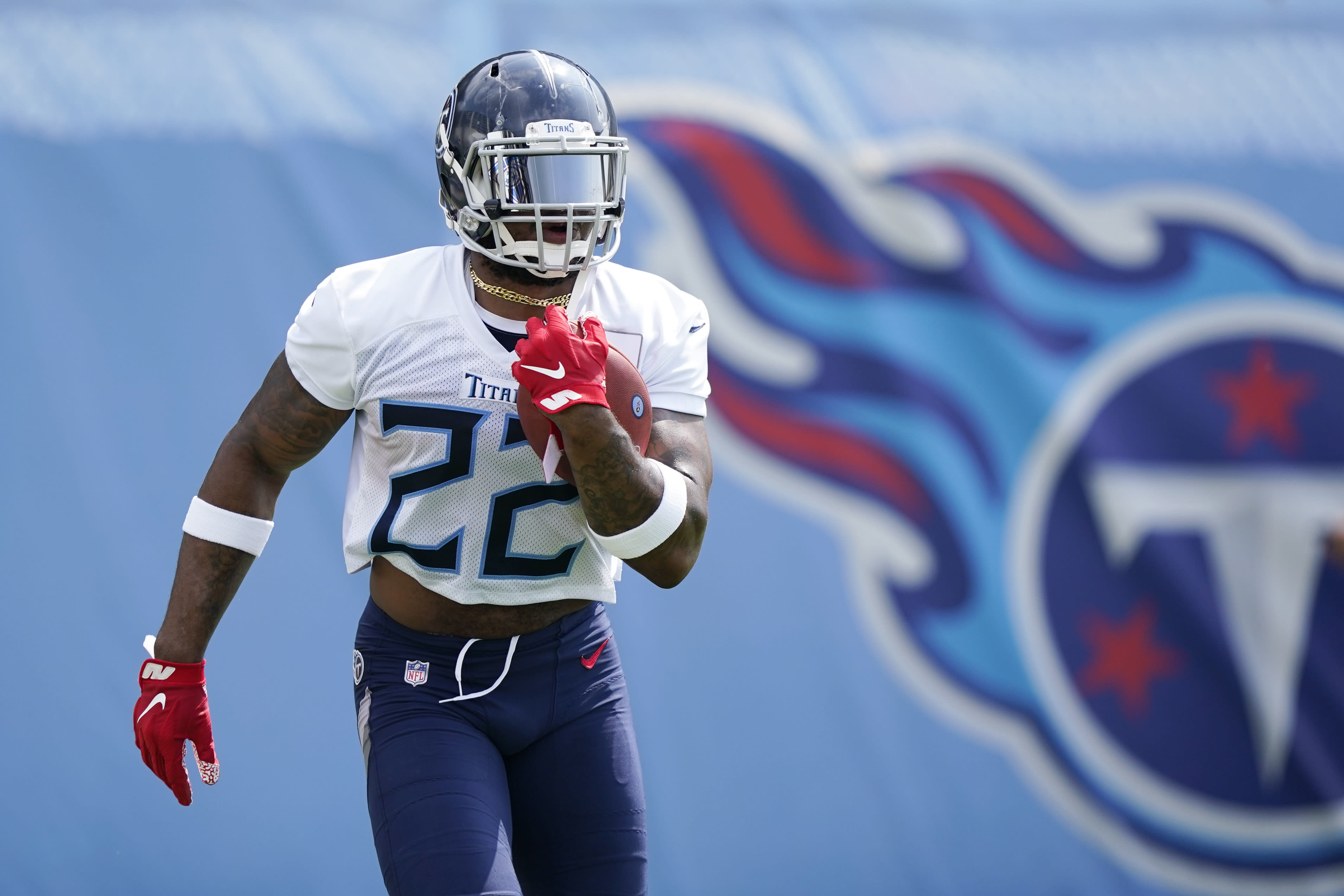 Innovations in sports are good, but we have a tough time letting go of how things used to be done.

It is pretty well known by now that baseball pitchers are most effective their first two times through the lineup and using relievers after that is smart, though we still pine for the days of the starter throwing a 120-pitch complete game. In basketball we want to see 7-footers banging against each other in the paint, no matter how many statistics say the corner 3 is a much more efficient shot.

And we want a running back who doesn’t come off the field and can carry the ball over and over, punishing the defense every time.

In an era of running back committees, Tennessee Titans back Derrick Henry stands out. He is a throwback, and the 2019 NFL rushing champ is likely to get plenty of work as the season starts on Monday night against the Denver Broncos, a game that can be live-streamed on the Yahoo Sports app.

You won’t see many backs this weekend who look or play like Henry. That’s not a bad thing.

Derrick Henry is a star at running back

It will always be mind-blowing that the Titans had Henry for nearly three full seasons and never tried him as a true featured back.

Henry was a 247-pound specimen coming out of college. He won a Heisman Trophy at Alabama and was a second-round pick. Yet, the Titans had him in a committee with DeMarco Murray and then Dion Lewis to start his career. Late in 2018, Henry had an enormous game against the Jacksonville Jaguars that included a 99-yard touchdown run. The light finally turned on for the Titans coaching staff, and they started using him as a true workhorse back.

Henry hasn’t looked back. He finished both 2018 and 2019 strong. Over an eight-game stretch leading up to the AFC championship game last season, Henry had 1,273 yards. He had at least 180 rushing yards in three straight games — one in Week 17 that clinched a playoff spot for the Titans, then two playoff wins.

The Titans gave Henry the franchise tag, then rewarded him with a four-year, $50 million deal. That comes during an era in which running backs have been devalued and lucrative extensions typically don’t work out. But now that Henry has gotten his big payday, the Titans might use him more than ever.

Henry is bigger than plenty of the defenders who try to bring him down, so he doesn’t seem to mind the workload.

“If the back is effective when he gets those (additional) carries, then I think it’s a matter of him taking care of his body,” Henry said, according to the Tennessean. “It’s all on you taking care of your body and knowing what you need to do to get ready to take those carries.”

The Titans have a play-action heavy offense that allowed Ryan Tannehill to have a career year. They will run the ball with Henry, control the clock and lean on their defense, which has late free-agent addition Jadeveon Clowney. Most teams in 2020 are going away from that style of play, but it’s working for the Titans.

“We may not be the most aesthetically pretty, but we feel pretty confident who we are,” offensive coordinator Arthur Smith said, via the Tennessean.

The Titans lost in the AFC title game last season and hope to take the next step. That process starts Monday, with their old-school back carrying most of the weight on his shoulders.