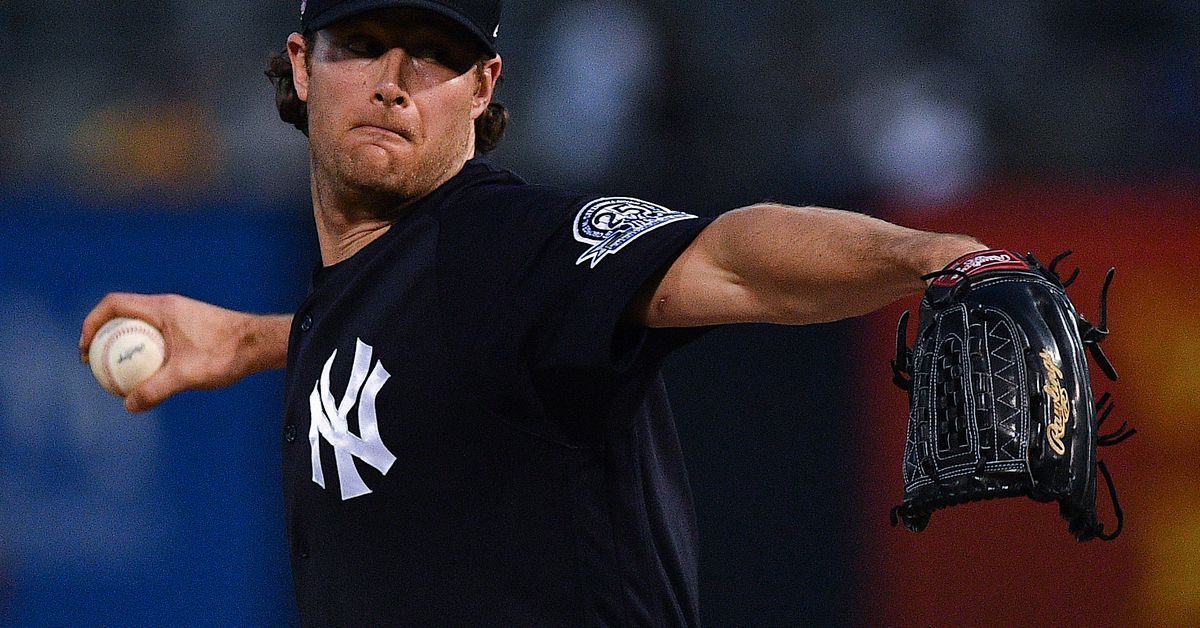 The 60-game MLB season is on track to begin on July 23, and as we slowly learn more and more about how this season will work, the MLB futures market is starting to take form.

Obviously, which players opt out of the season, or test positive for COVID-19, can have a huge impact on their teams. It’s a nearly impossible season to bet on player futures, which I’ll be avoiding all-together.

One of the most unique aspects about the 2020 season is that for the first time ever, the schedule actually plays a huge role in handicapping win totals. Teams will play the other four teams in their division 10 times each, and the remaining 20 games will be played against the same geographical division in the opposite league.

For example, the Yankees have 10 games each against the AL East (Red Sox, Rays, Blue Jays, Orioles), and the remaining 20 games will be made up of games against the NL East (Nationals, Braves, Mets, Phillies, Marlins).

We’ve known that the Yankees have an absolute juggernaut heading into this season even prior to the pandemic, when we thought we’d be playing 162 games. Winning 38 games is a win percentage of just over 63% — nearly identical to the win percentage the Yankees had when they won 103 games in 2019.

Aaron Judge and Giancarlo Stanton were originally huge question marks for Opening Day, but now both are expected to begin the 2020 campaign healthy. Gerrit Cole will jump to the top of New York’s rotation, which could be even more important in a shorter 60-game season. Assuming he can stay healthy, there’s no reason Cole shouldn’t get 12-15 starts, which is a huge chunk of the schedule.

Finally, the Yankees just play a trash schedule. The Orioles and Blue Jays make up a third of the season, and the Red Sox (more on them later) have to travel to New York for seven of their 10 matchups. I could easily see the Yankees getting to 45 wins, but it seems like their floor couldn’t possibly be much lower than 35. Having such a high total may scare betters away, but this number should honestly be higher.

The Red Sox finished slightly above .500 last season, winning 84 games. This number indicates that they’ll essentially have the same season this time around, which just doesn’t seem plausible. Yes, Boston gets to face the Orioles and Blue Jays for a third of their schedule just like the Yankees, but they also have to play a third against New York (including seven times on the road) and Tampa, who are simply much better teams.

Chris Sale, who will miss the entire 2020 season, wasn’t himself in 2019, but was still a decent enough arm that ate up 25 starts. David Price has had stretches as Boston’s best pitcher in both 2018 and 2019 and was part of the trade to the Dodgers. Oh yeah, and 2018 AL MVP Mookie Betts was the centerpiece of that deal.

Boston’s done close to nothing to replace either of those three extremely notable names. There’s way too much respect here for the Red Sox, who are much closer to Toronto and Baltimore than they are the top of the division.

The Reds have one of the most well-rounded rotations in baseball and added a couple of key bats to the lineup in Mike Moustakas and Nick Castellanos. The NL Central should be one of the most competitive divisions in baseball, but that also means not having to match up against a team like the Yankees for 10 games of your schedule.

Going up against the Twins in the AL Central is the top projected team the Reds will face, and that division also comes with layups like the Royals and Tigers. The Reds finished with 75 wins last season, winning just over 46% of their games, so we are projecting a leap here. However, that step forward seems to be on track given the schedule in front of this improved squad.

The Rockies won 71 games in 2019, and getting to 27 this season would be a similar win percentage. However, this is not a team that did anything to improve entering 2020, and at some point is going to have to consider trading its cornerstone — Nolan Arenado. This should be a tough division to play 40 games in, with only the Giants projected to be worse. The Dodgers are the favorite to go to the World Series, while the Diamondbacks and Padres are projected to improve in 2020.

The 20 games against the AL West should also be challenging, with Seattle the only poor team. The Rockies will also be without a key bat in the heart of the order, as Ian Desmond, who hit 20 homers in 2019, decided to opt out of the 2020 season. This is going to be an uphill battle for Colorado to be competitive.

I’ll admit, I love taking a stab at a Marlins +300 moneyline from time-to-time, but I can’t get on board with playing the over on their win total. Miami won just 57 games last season, good for just over 35% of their games. The Marlins would need to win nearly 42% of their games in 2020 to hit their over. They’ve made a few additions to the lineup, most notably Jesus Aguilar, Jonathan Villar and Corey Dickerson, but this team still lacks pitching and doesn’t have any major studs to anchor the batting order.

Looking at the schedule, the Marlins are essentially the only team in the NL East that is not expected to contend — MIA is +10000 to win the division, while every other team is +325 or less. That means 40 games against the Nationals, Braves, Mets and Phillies. All those teams are fully capable of winning the division and will be in a dog fight, which means getting wins against Miami will be crucial.

On the other side of the schedule, games against the Orioles and Blue Jays could help, but the Yankees and Rays offset any potential edge.

Place your bets at DraftKings Sportsbook or by downloading the DK Sportsbook app.