Spurs head into this match having won three consecutive games without conceding but it is the nine goals at the other end which have raised spirits among the Tottenham faithful.

One suspects a significant number of those fans would have been giving Jose Mourinho some grief over the past couple of months had they been allowed to attend games but many now seem to be getting more of what they want – a more attack-minded line-up with both Gareth Bale and Dele Alli firmly back in the fold in recent weeks.

Serge Aurier also looks set to return for this contest and for all his faults he’s an upgrade on Matt Doherty on the right.

The hosts are 1.51/2 for another win in the match result market and with a 10-4-1 record against the teams currently below them in the table – Spurs sit eighth, five points off the top four with a game in hand – they will likely get it.

Palace, 8.07/1 for victory, have been their usual gritty selves for much of the season but their brand of football is pretty grim. Roy Hodgson’s defence-first approach looks like it will again achieve Premier League survival but I doubt it’s coincidence that both the manager’s contract and a large number of player deals have been allowed to run down to their final few months. It seems a summer of change is on the cards at Selhurst Park.

The Eagles have failed to score in four of their last five, although at least two more points have been added to their tally over the past week with goalless draws against Fulham and Manchester United.

Their lack of goals coincided with the absence of star man Wilfried Zaha but he’s set to return here which will be good news for Palace fans – and anyone else planning to tune in to watch Palace.
In a team happy to sit back and soak up pressure, he at least gives them an outlet and a real threat on the break. 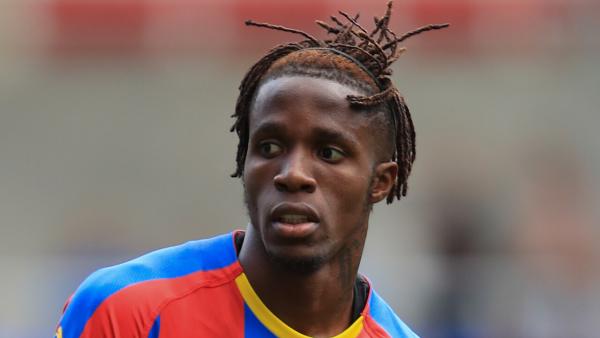 However, the visitors’ injury list remains a long one with James McCarthy (groin) the latest to join it. Others currently sidelined include James McArthur, James Tomkins and Mamadou Sakho.

I expect Spurs to have the firepower to break down that Palace defence and claim the win but it’s hard to get excited about 1.51/2.

Other potential ways to back them include in the half time/full time market in which they are 2.285/4.

Mourinho’s men have led at the break in eight of their 13 home games and their record against Palace offers much optimism.

Since returning to the Premier League in 2013, Palace are yet to score at Spurs, losing six and drawing one.

The off-putting statistic here is that Spurs have only converted a half-time lead into three points on eight of 13 occasions, a stick which has been used to beat Mourinho with.

Moving on to the goal lines, I pointed out last week how there has been a lack of goals at White Hart Lane – or whatever people call it these days – this season. They duly scored inside two minutes against Burnley and went on to demolish them 4-0!

However, the stats still suggest under 2.5 goals is decent bet – it’s landed in 62% of Spurs’ home games.

And the way Palace set-up, it’s not difficult to envisage them proving hard to break down – 52% of their games this season have gone under this line.

The unders here can be backed at 2.01/1 which is worth consideration.

However, I’m going to save my betting bank for the shots markets, ones I’ve been looking for angles in during recent weeks.

The one I like here is for Spurs to rain shots down on the Palace goal.

The visitors will look to dig in, as they did successfully against Fulham and United – and also recently at Brighton, who lost despite having 25 shots that night.

A packed defence may well lead Spurs to start taking pot shots whenever they can – it’s a tactic Harry Kane certainly likes. Palace will block many but the bet doesn’t care about that.

The Eagles have conceded at least 16 shots in five of their last six games with their most recent away tallies being 25 (Brighton), 17 (Leeds) and 21 (Newcastle).

Spurs managed 16 shots against Burnley last Sunday and also 20 at West Ham the weekend before.

Having also landed 20 and 23 in home games with Leeds and Newcastle respectively, there are some decent formlines to suggest they can hit 16 or more shots against opponents of a similar level.

That option is surprisingly offered at 11/10 and should be taken.

I’m also keen on some of the big prices offered in this market with 20+ Tottenham shots looking nice at 6/1 and 22+ at 14s also tempting. I’ll plump for the former.

The obvious danger is an early Spurs goal and if they are cruising by the break then expect a controlled second-half display with energy saved for Thursday’s Europa League tie.

However, I’ll trust Palace to keep things tight, just as they managed to do against United in midweek.

Tottenham are unbeaten in their last 11 Premier League meetings with Crystal Palace (W9 D2), their longest ongoing run against any side currently in the division.