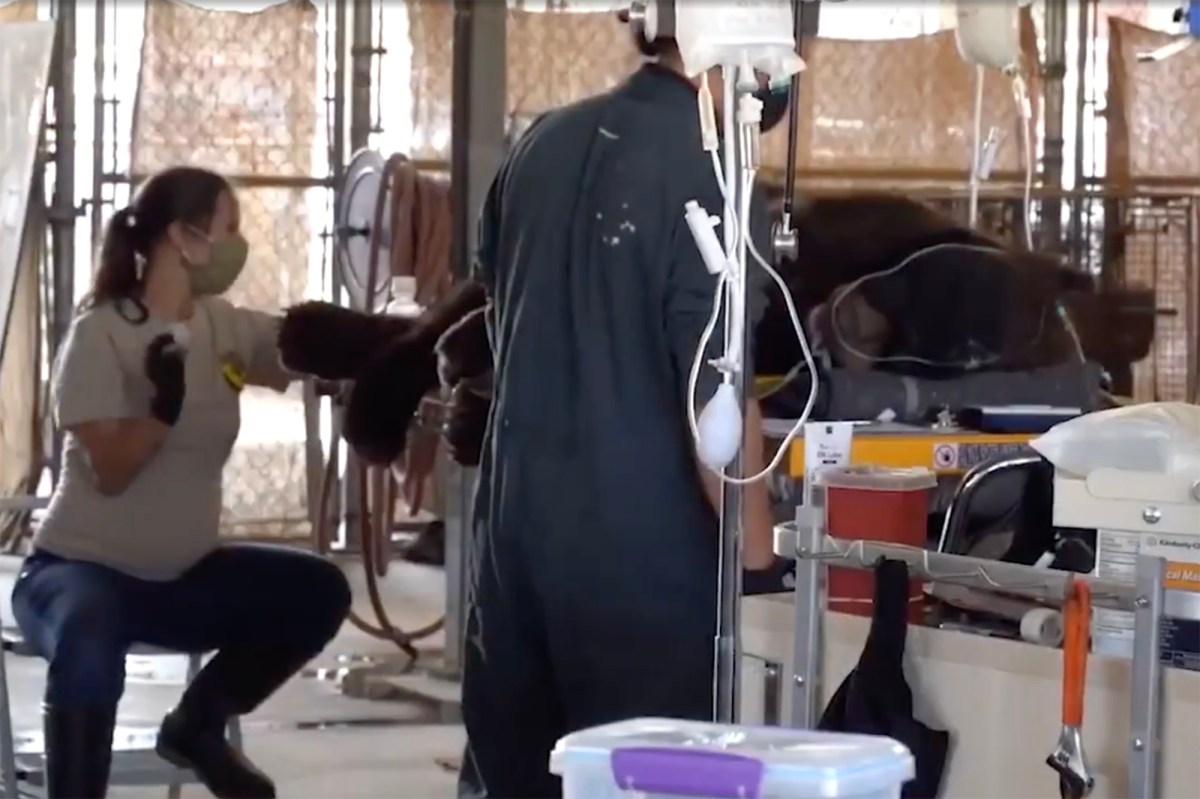 California veterinarians are nursing two bears and a mountain lion back to health after the animals suffered burns in the historic wildfires that have ripped through the state.

The first patient — a 370-pound male black bear — came into the California Department of Fish and Wildlife’s Wildlife Investigations Laboratory on Sept. 11 with injuries from the blaze in Butte County.

Nearly two weeks later, the lab treated a female mountain lion that was singed in the Bobcat Fire in Los Angeles County, and then a 520-pound male bear was brought in on Sept. 30 from the Zogg Fire in Shasta County.

The vets are using tilapia skins as natural bandages to help heal the animals’ burns — innovative treatment that was first developed during the deadly Thomas Fire in 2017, the CDFW said.

“Both bears and the lion are receiving our burn protocol, including the fish skin bandages, and we are optimistic that their burns will heal so that they can be released,” Dr. Deana Clifford said. “But it’s likely that we will receive more wildlife with burns … we are only halfway through the regular fire season.”

The Golden State has seen an unprecedented wildfire season so far, with more than 7,700 infernos scorching 3.7 million acres of wildlife habitat, the department said.