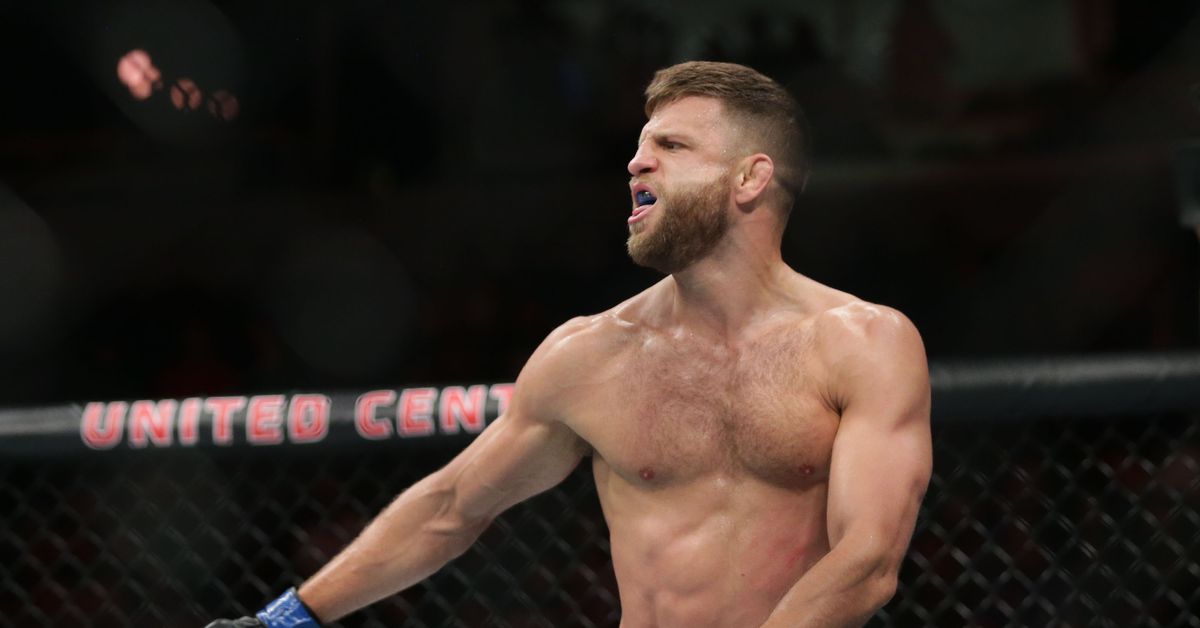 The UFC returns this Wednesday for UFC Fight Night: Kattar vs Ige and DraftKings is offering multiple ways for users to get in on the action, including a free-to-play pool on DraftKings Sportsbook Pools. To participate in the free pool, choose winners for each main card fight and compete for $500 in prizes! Head here to participate: Free $500 Pool: UFC Fight Night.

Below, Matt Nelson and Charlie Mayer share their thoughts on the 10 questions in the UFC Fight Night free pool and break down the action, which includes five main card matchups.

The main event of the card features an exciting matchup between talented strikers Calvin Kattar and Dan Ige. Kattar, fresh off of a highlight-reel KO win over Jeremy Stephens, enters the fight as the odds-on favorite and will need a win on Wednesday to stake his claim as a legitimate featherweight title contender. His arsenal consists of precise striking, impressive footwork and solid takedown defense. He’ll also have a four-inch reach advantage in this fight. Ige, on the other hand, comes into the bout on a six-fight winning streak, most recently winning a nail-biter split decision against veteran Edson Barboza. Ige’s strengths are his power striking, durability, wrestling and pace. However, if he can’t score an early KO he’ll need to take this fight to the ground in an effort to control Kattar and the fight. Look for Kattar to establish his jab early, strike from distance and use his solid footwork to elude Ige’s power and takedown attempts. And while Ige is certainly capable of a knockout, I doubt he’ll be able to land accurately enough to finish Kattar. I have this fight closer than the oddsmakers do, but I think Kattar does just enough to pull out a victory.

While Kattar has scored knockouts in four of his seven UFC fights, I think Ige has a strong enough chin to avoid getting finished in this one. Additionally, it’s been 11 years since Kattar submitted an opponent, so I think there’s only a slight chance of a Kattar win by submission. Meanwhile, I think it’s more likely that Ige wins by KO/TKO than by submission. His only UFC win by submission was a direct result of a knockdown caused by his power striking. If Ige wins this fight, it will most likely be an early KO/TKO due to his striking power and forward pressure. If Kattar wins, I think he uses his elusiveness to avoid big shots while patiently and effectively landing from distance. My prediction is that Kattar wins a close fight by unanimous decision.

A fight between Tim Elliott and Ryan Benoit features two flyweights who both urgently need a win at this point in their UFC careers. This is a closely matched affair, with oddsmakers slightly favoring the more experienced Elliott. He’ll be looking for redemption after his recent loss to UFC newcomer Brandon Royval in which he was caught in an arm triangle choke submission. Ryan Benoit has had a UFC career plagued by injuries and despite an impressive KO win over Sergio Pettis early on, he has only been able to muster an underwhelming 3-4 record in the UFC. Elliot is known for using his wrestling and averages 4.31 takedowns per 15 minutes, which has been his strength so far throughout his career. And while Benoit is no slouch at defending takedowns, as he was a former three-time high school wrestling champion in Texas, he’ll need solid takedown defense to hang with Elliott. Despite the strong wrestling background, Benoit has been more content to exchange strikes while standing than to utilize his wrestling. I believe both fighters will have their moments in the exchanges here but I ultimately think Elliott, who has fought better competition up to this point, will execute a more effective overall gameplan and get back in the win column.

Tim Elliott will be looking to get the fight to the ground, where he’ll have the edge due to his superior grappling skills. He has recorded six previous submission victories and will be looking for chokes in various positions throughout the fight. Meanwhile, Benoit has eight previous KO victories and will be looking to finish the fight using kick and punch combinations while standing. Elliott notably went five Championship rounds with Demetrius Johnson as part of The Ultimate Fighter: Tournament of Champions Finale contest and has a higher striking output compared to Benoit. He’ll try to use his strong wrestling skills to his advantage but will most likely do damage on the ground with punches rather than submission. While I would not be surprised if we see a Benoit KO/TKO, he will likely be outpointed by Elliott, who I favor to get the win by decision here.

Stamann enters the fight against Rivera with great momentum having won his last bout in June against Brian Kelleher. Meanwhile, Rivera may be overlooked here as he has not fought in over a year and pulled out of UFC 247 in February due to injuries. Rivera has the more impressive resume going into this matchup, having fought some of the top names in the bantamweight division. He has some decent wins against Pedro Munhoz and Urijah Faber and his recent losses came against bantamweight contender Aljamain Sterling and division champion Petr Yan. If Rivera gets a win on Wednesday, he’ll be right back in the title contention mix. I think he’ll have the motivation to overcome the long layoff and will showcase his crisp boxing and excellent footwork and land the more effective shots here en route to a victory against the well-rounded Stamann.

Both of these fighters are comfortable keeping the fight standing and a decision victory is very likely between these two tactical fighters. Rivera has had 16 of his previous fights go to decision, which makes up a whopping 73% of his wins. Meanwhile, 58% of Stamann’s wins have come by decision, including his past three fights. While both fighters have no hesitation going for the knockout, they also both have a Significant Strike defense of over 60%, so they should be able to avoid taking too much damage. Neither fighter has won via submission yet in their UFC careers, so it is unlikely that either of these guys taps outs. I think a decision win is the most likely route and expect this fight to go to the judge’s scorecards. My prediction is that Jimmie Rivera’s effective striking will be enough to win by decision.

McCann takes on Santos in a closely matched women’s flyweight fight between two rising prospects. Throughout her MMA career, McCann has displayed brute strength, power boxing and improved wrestling. She’ll look to dominate the fight while standing in order to earn her fourth-straight UFC win. Santos, who is coming off of a loss to Mara Romero Borella in her UFC debut, brings striking power, aggression and solid grappling. While she almost finished Borella in her last fight, she lost a close split decision to a seasoned veteran but displayed promising skills. If McCann is able to dictate the pace of the fight and keep it standing, she should be able to pick Santos apart en route to victory. However, if Santos is able to take McCann to the ground, her dangerous submission game should serve her well and swing the fight in her favor. I like Santos to be more aggressive in this one and earn her first UFC win.

McCann has recorded zero submission finishes in her MMA career and while she has knockout power, she has yet to record a UFC win by KO/TKO. I think that trend continues on Wednesday and that if she does win it will be by decision. Santos has multiple KO/TKO and submission wins in her career, but all have been against inferior competition. She has the skills to submit McCann if she is able to take her down and control the fight on the ground. However, I ultimately think that this fight will go all three rounds and will come down to the fighter who is more active. I give Santos the slight edge and think she’ll get a takedown or two late to seal the fight and earn a decision victory.

A matchup between heavy favorite Abdul Razak Alhassan and UFC newcomer Mounir Lazzez features two knockout artists looking to make a name for themselves in the welterweight division. Alhassan’s fighting style consists of a mix of boxing and judo, while Lazzez is a solid striker and kickboxer. I expect this fight to be a brawl where both fighters throw powerful haymakers from the start. This type of fight should favor Alhassan has knocked out four of his five UFC opponents and will look to add another KO to his already impressive UFC resume.

Since neither fighter has a submission yet in their MMA careers, I do not think the fight will end via submission. And given the punching power and lack of elite striking defense for each fighter, it’s hard for me to say that the fight will go all three rounds. Therefore, I believe that both fighters will look for the knockout early and that this fight ends in the first or second round. My prediction is that Alhassan lands the more powerful and accurate shots en route to a first-round KO/TKO victory.