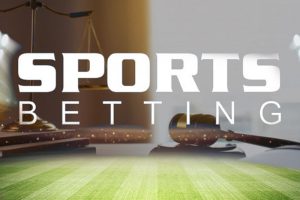 State Sen. Paul Corderman stated that he was trying to get Washington County “a seat at the table” during the Maryland General Assembly discussions.

Corderman filed a bill in the state Senate to award a sports and events wagering license to the owner of a professional Major League Baseball partner league team or Atlantic League of Professional Baseball team to be located in Washington County. Sen. George Edwards, R-Garrett, Allegany and Washington, joined in sponsoring the measure.

Corderman recently made a proposal to the Washington County Boards of Commissioners and Hagerstown City County from the Atlantic League of Professional Baseball. The announcement came right after it granted conditional approval for a new member team in Hagerstown.

Corderman said in an interview this week that he believed Washington Country was an excellent location for sports betting, since many of its surrounding jurisdictions are already allowing the practice.

According to him, Washington County residents are actively placing wagers in other states and he wanted to keep this money within the County.

He added: “This is us raising our hand saying we would like to be included.”

According to the Maryland General Assembly website, jurisdictions of Baltimore, Frederick and Carol counties, have filed similar bills.

The idea seems to be enjoying approval from many people, but it also rose some questions.

Spedden added that the “biggest” winner would be the tourism and that he hoped the bill passes.

Meanwhile, Hagerstown Mayor Emily Keller, said that since the bill involved a private entity, it would not fully benefit the city. She added that she would be paying attention to the matter as it continues to move through the General Assembly.

Hagerstown City Councilman Kristin Aleshire commented that he did not see a point in the bill since citizens have legal access to betting online anyway.

He also added that he never believed the government should depend on “public vices to fund necessary public services.”

The ballot question approved by Maryland voters said money will go toward education. Meanwhile there is no certainty about the taxing of sports betting and how the money would be allocated.

According to an estimated legislative analysts, the legalization of sports betting could bring about $20 million of annual revenue. However, this amount might not be enough to solve existing financial problems in Annapolis.

The bill filed by Corderman and Edwards does not outline any potential financial structure or revenue model if a wagering license is granted.

Senate Bill 0871 has a hearing before the Budget and Taxation Committee at 1 p.m. on March 3.