There is good news and bad news in this week’s casino news. The good news comes from this side of the world while the doom and gloom comes from Macau. Let’s start with the good as players in Pennsylvania are getting a new gaming outlet.

Great news for the casino players in Philadelphia: a new casino is opening up in the City of Brotherly Love. It’s been announced that Live! Casino & Hotel Philadelphia will be opening up on February 11th. However, the casino still has to get approval from the state’s gaming regulators first, so there is still one last minor hurdle. This brand-new casino is supposed to be located in Downtown Philadelphia, near the Stadium District, so those looking to play will have great access. They aren’t going to have to drive hours out of the city to find a place to get into a casino.

The property is planned to have a 29-table poker room along with 2,100 slot and electronic games, a six-room event center, 150 table games, a 12-story hotel and a sportsbook that is operated by FanDuel. It was announced shortly after Gov. Tom Wolf said that the casino market will be reopening after a three-week shutdown.

Live! Casino is expected to reel in around $100 million in tax revenue throughout the first five years, with a quarter of that money going to the public schools in the city of Philadelphia. That should help improve the city’s public services – including the education.

Can things get much worse in Macau? Apparently not.

It was a terrible year for a ton of people around the world and Macau Casinos were no exception. The Macau casino market dropped a whopping 66 percent year-over-year in gambling revenue during the month of December, which capped off the worst year on record. A downward trend that had continued since March of 2020 with a six-month streak of over 90 percent drops, then a 72 percent drop in October then finally a 70 percent decline in November. 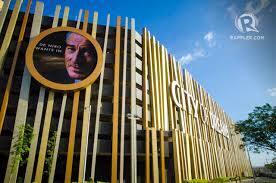 The good news is that many experts are predicting a U-turn in 2021. Early estimates predict casinos will go up to nearly 80 percent from their numbers from 2019. However, 2019 was a dip in revenue for Macau as well, dropping three percent compared to 2018, so they were already in decline for other reasons. If the experts are correct, Macau will have picked up $29 billion throughout the 2021 year.

COVID-19 may have devastated tons of properties, but Macau has reportedly been COVID-free for around six months now. Although, many higher up officials believe that those numbers are false. There is also a brewing concern in parts of China of a second wave that’s just starting with the mutant version of the coronavirus, so keep an eye on the news to see how it plays out.

Florida is taking a step in the right direction for sports betting. Sen. Jeff Brandes pre-filed legislation right before 2020 ended, which legalize sports betting. The idea is that the state would allow the lottery to regulate the sports betting industry and use that revenue to further support the public education fund. That proposed bill is also going to completely prohibit anybody actively involved in sporting events to bet on those games, such as athletes, coaches and referees.

This isn’t the first time that Brandes has offered this legislation, though, as he submitted a very similar bill towards the end of 2019 that wasn’t able to progress in any way. However, this year is expected to get a different outcome that will have to include the Seminole Tribe as his last bill didn’t include them and was a main reason as to why the legislation fell flat.

Florida isn’t the only state that is making strides to legalize sports betting. Connecticut is expected to legalize their sports betting by the end of the year while New York is pushing to allow mobile gambling.