This week’s poker news commences with the latest from Michigan. The state has been putting the final touches on their sports betting bill and that has an impact on poker players. Let’s take a closer look at what to expect:

The state of Michigan finally took the jump to allow their online poker market to join in on interstate levels. The bill was passed by a 36-1 margin back in October by the Senate with the House voting on it soon after and passing it by an 85-16 in December. Shortly after picking up those votes, the bill ended up being passed along to Gov. Gretchen Whitmer for her signature and she came through, giving the final sign-off.

With that finally on the books, Michigan is now allowed to join interstate poker pools with any state that they choose. However, they must wait at least 90 days for the bill to take full effect. Many believe that Michigan will choose to operate in the player pool in either Delaware, New Jersey or Nevada but that may change in the next few months. That’s great news for players as they can now join in bigger events and get bigger payouts.

Online gambling in Michigan is still scheduled to start in the coming weeks with multiple reports stating that it should come during the month of January. Online poker will most likely be the last service that they release as they are planning to launch their online casinos and sportsbooks first.

WSOP Circuit To Be Held Online In 2021

Since COVID-19 isn’t going away (just yet), we’re already starting to see how tournament organizers are going to adjust in 2021. For many WSOP enthusiasts, they’re going to have to get used the online version of the game. 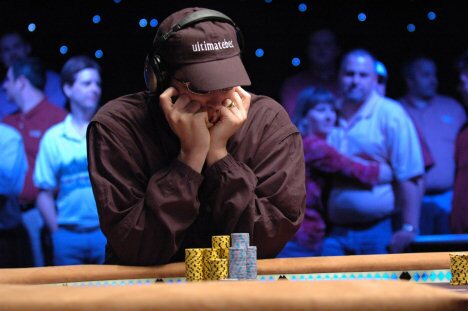 Phil Hellmuth during a WSOP Circuit event in ’06.

World Series of Poke Circuit has officially decided to put their events online due to the recent surge of the coronavirus. The WSOP plans to give out more than 180 gold rings throughout all of their events with each event awarding at least 12 of them. Their schedule should not change even online, though, as they are still planning to offer one more series each month that would award around 12 or 18 rings.

All of the events are open to players stationed in New Jersey or Nevada, but the WSOP has recently been attempting to reel in some players from out of state to participate in their series. They have been offering cheaper rooms for anybody that is flying into town for their poker tournaments.

The WSOP Circuit is still planning to hold their $250,000 Year-End Championship on December 28th of 2021. It has been reported that there should be around 256 players seated for this event with every player that wins a ring throughout the year getting a spot in the Championship.

We’ll see if they can stick to that because if the pandemic is still hanging around, they might have to put this finale online too.

Talk about a productive day. Darren Elias has become the very first winner of the GGPoker Super MILLION$ in 2021, collecting a whopping $448,842 from the $10,300 buy-in event. The road wasn’t easy for Elias as he faced off against a number of talented opponents at the final table, including Ami Barer, Adrian Mateos and Niklas Astedt.

Astedt finished in second place and brought home $346,104. Right behind him was Ami Barer in third place, who took home $266,833 in earnings. Lastly, rounding out the top four was Enrico Camosci, reeling in $205,795 from this event.