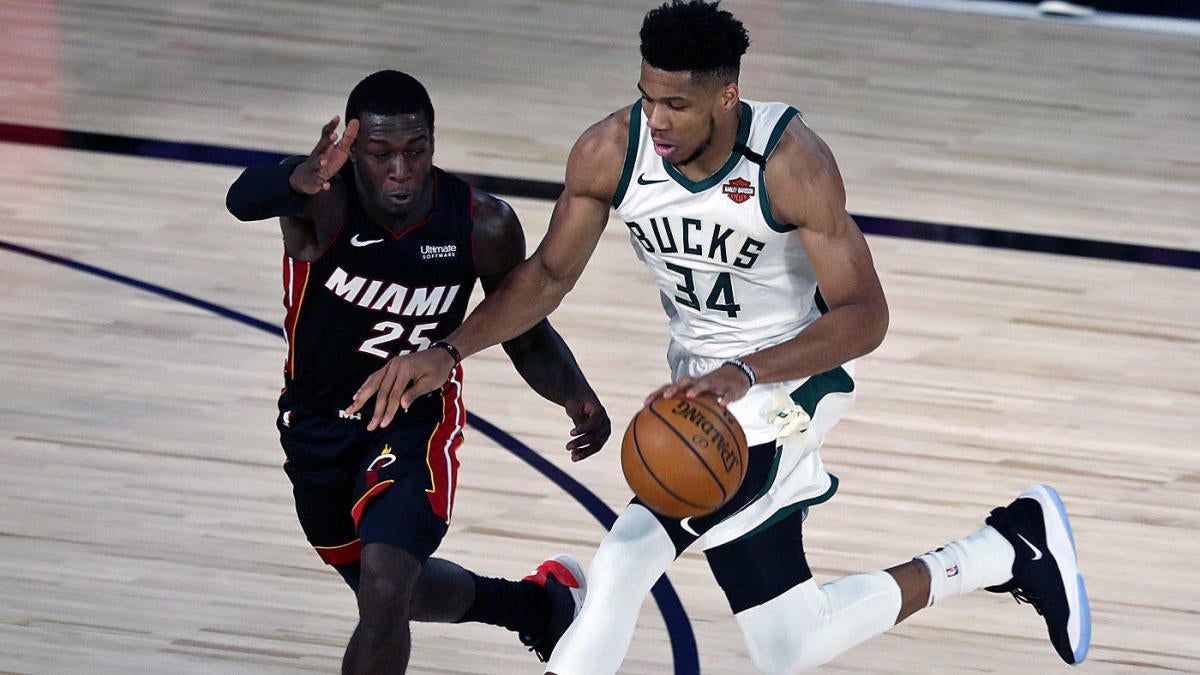 The 2020-21 NBA season is scheduled to begin on Dec. 22 with a 72-game schedule. With that NBA Draft in the rearview mirror and free agency set to begin on Friday, William Hill Sportsbook has released the win totals for the majority of the teams around the league.

The Milwaukee Bucks are leading the pack with an over/under of 51 projected wins. Of course, a majority of these win totals are subject to change depending on what happens in free agency.

The Bucks are coming off of a 2019-20 season in which they led the league with 56 wins in 73 games played. Despite a spectacular regular season, the Bucks were eliminated in the Eastern Conference semifinals by the Miami Heat in five games.

As a result of their early postseason exit, Milwaukee made a big splash earlier this week with the acquisition of All-Star guard Jrue Holiday, who comes over from the New Orleans Pelicans. In addition, the Bucks agreed to a sign-and-trade deal with the Sacramento Kings involving Bogdan Bogdanovic, but that deal is no longer happening since Bogdanovic wants to enter restricted free agency.

Right behind the Bucks, William Hill Sportsbook has the defending NBA champion Los Angeles Lakers at a projected win total of 47 wins. The Lakers are going to run it back with their dynamic duo of LeBron James and Anthony Davis.

However, the team’s bench will look a little bit different as guard Dennis Schroder comes over from the Oklahoma City Thunder via trade. In that deal, the Lakers shipped sharpshooter Danny Green out of town. In addition, Quinn Cook has been waived and Avery Bradley has declined his $5 million player option for the 2020-21 season. It’s also quite possible that Davis and James receive quite a few nights off considering that the Lakers just defeated the Heat in the NBA Finals last month.

It’s worth noting that William Hill Sportsbook elected to hold off on releasing win totals for the likes of the Brooklyn Nets, Golden State Warriors, and Houston Rockets.

Those are three teams that could be affected by trades in the coming weeks. The Nets are set to have All-Stars Kevin Durant and Kyrie Irving on the court together at the same time.

In addition, the Nets are interested in acquiring star guard James Harden from the Rockets, but it’s unclear if the two sides will be able to come to terms on a deal. The Rockets roster could also be impacted if Russell Westbrook is traded out of town.

The Warriors will likely have a vastly different win total than they would have a week ago. On Thursday, it was announced that Klay Thompson suffered a torn Achilles and will miss the entire 2020-21 season. It marks the second consecutive season that Thompson will miss after tearing his ACL in the 2019 NBA Finals.

Golden State did select star big man James Wiseman with the No. 2 pick in Wednesday’s NBA Draft. In addition, the Warriors traded for veteran wing Kelly Oubre Jr. on Thursday after learning about the severity of Thompson’s injury.

As far as the bottom of the league goes, the Cleveland Cavaliers (over/under of 22 wins), Detroit Pistons (22), New York Knicks (24), and Charlotte Hornets (24) are expected to have the NBA’s worst records. All four of those teams picked in the top 10 of the 2020 NBA Draft. One of the teams to watch will be the Hornets, who drafted LaMelo Ball to pair with the likes of Devonte’ Graham and Terry Rozier in the team’s backcourt.