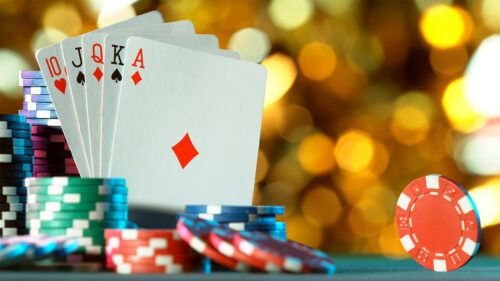 Top of the shop after around 11 hours of play was the German player Benjamin Rolle, who ended play with 3.6 million chips. With the top prize of $1.7 million now announced by the WPT and another $1.2 million for the runner-up, there’s a lot on the line, and play was of a high standard throughout Day 1b.

Day 1b saw many great names making Day 2, but one former Mike Sexton Champions Cup winner, Matas Cimbolas – although the Lithuanian won the trophy before it was gloriously renamed in the late, great Sexton’s honour – was not one of them. He was all-in late on in a three-way shove-fest with pocket aces, but was outdrawn by the ace-king of diamonds of Benjamin Rolle, who went runner-runner for a flush on the river that sent both Cimbolas and Pascal Hartmann packing.

Here are how the Day 1b players fared at the top of the overnight leaderboard, with Daniel Szymanski from Poland and Victor Simionato from Brazil each catching a podium finish.